Bringing it All Back Home

As an editor in business-to-business media, I have watched for more than 30 years as good-paying manufacturing jobs slowly disappeared from the United States toward foreign countries eager to build up their economic prospects through basic manufacturing and job creation.

During the last 50 years, a lot of global manufacturing capacity from North America, Europe and other industrialized areas shifted toward Asian countries. China, in particular, positioned itself to become the world’s manufacturer of choice. Along with this trend came the wealth that manufacturing operations can generate, and with this wealth came global influence and economic and military power.

Then COVID-19 and its variants came along and essentially shut the world down for a couple of years. Industry was crippled during this time, and supply-chain issues made some countries realize they were vulnerable to foreign domination of the manufacture of certain staple products, ranging from steel to electronics to pharmaceuticals.

Given all this, it was downright refreshing to hear the announcement from Intel in late January of their plans to invest more than $20 billion in the greenfield construction of two new leading-edge chip factories, called fabs, near Columbus, Ohio. The investment will help boost production to meet the surging demand for advanced semiconductors. To support the development of the new site, Intel pledged an additional $100 million toward partnerships with educational institutions to build a pipeline of talent and research programs in the region. Planning for the first two factories has already started, with construction expected to begin in late 2022. The new fabs will commence production in 2025.

According to Pat Gelsinger, Intel’s CEO, “Intel’s actions will help build a more resilient supply chain and ensure reliable access to advanced semiconductors for years to come. Intel is bringing leading capability and capacity back to the United States to strengthen the global semiconductor industry.” 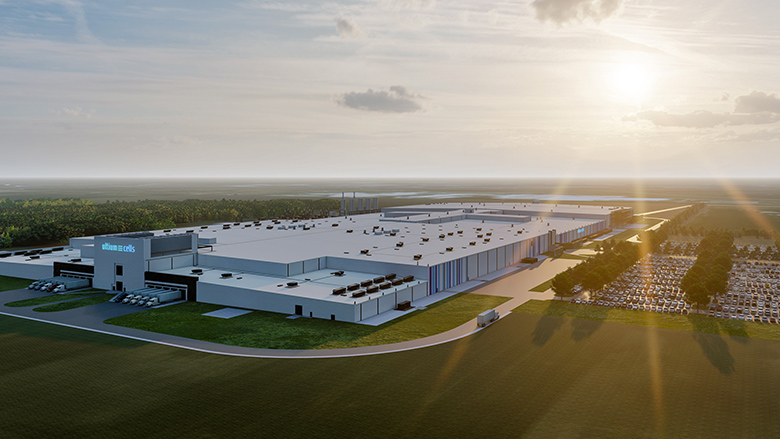 This is not only the largest single investment in Ohio’s history, but it is also a lesson in leadership to all manufacturing companies that are considering the viability of reshoring manufacturing, whether a greenfield or brownfield development. Intel’s project will create 3,000 corporate jobs and another 7,000 jobs in construction.

And the good news doesn’t stop there. Development of the 1,000-acre mega-site in Ohio’s Licking County will, ultimately, accommodate eight fabs and support the operation’s ecosystem partners. Over the next decade, the company intends to fully develop the site and bring the total investment to $100 billion.

Keyvan Esfarjani, Intel’s senior vice president of manufacturing, supply chain and operations, said, “The impact of this mega-site investment will be profound. A semiconductor factory is not like other factories. Building this semiconductor mega-site is akin to building a small city, which brings forth a vibrant community of supporting services and suppliers.”

Companies such as Air Products, Applied Materials, LAM Research and Ultra Clean Technology al-ready plan to establish a physical presence in the region. More companies are sure to follow.

Separately, in the neighboring state of Michigan, General Motors announced that it will invest more than $7 billion in four manufacturing sites. This is the single largest investment in GM’s history, and it will create 4,000 new jobs, retain 1,000 jobs, and increase battery-cell and electric-truck manufacturing capacity.

The investment includes the construction of a new Ultium Cells battery cell plant in Lansing and the conversion of an assembly plant in Orion Township for production of the Chevrolet Silverado EV and the electric GMC Sierra. In addition, the company is investing in its two Lansing-area vehicle assembly plants for near-term product enhancements. Site preparations will begin this summer, and battery-cell production is scheduled to begin in late 2024.

It’s been a long time since I’ve had the delight of writing a piece as encouraging to the U.S. manufacturing sector as this one. I am reminded of a presentation I heard last fall by economist Chris Kuehl, managing director of Armada Corporate Intelligence. He mentioned that two-thirds of U.S. managers were talking about the reshoring of manufacturing activity and that an estimated $1 trillion of reshoring (and near-shoring) activity is scheduled for all of 2022.

I can’t say with certainty that we’re at the beginning of a manufacturing revival in the United States, but I can say that COVID-19 has focused a beacon on how vulnerable we are in relying on certain goods produced overseas – much to the detriment of our economic interests and, at times, our national security.