Recently, electrically and electromagnetically driven forming processes have gained significant industrial interest. The main reason is that these processes stretch the formability of materials. This is very useful when dealing with sheet-metal forming since it reduces the risk of wrinkling and cracking during the forming process. It also enables designers to reach a larger pool of materials that could not be considered without electrification because of their low formability.

In addition to sheet-metal forming, electrification enables a fast and controlled environment for bulk forging processes. For upsetting applications, the electric current is used to control the temperature rise to a point below the melting point but higher than the recrystallization temperature for metallic alloys. In these conditions, the material reaches almost limitless formability while still avoiding the initiation and propagation of cracks within the part.

In this context, it is necessary to simultaneously control the electric input signal as well as the upset-ting force in order to obtain the desired shape. These degrees of freedom complicate the design of an optimal process, which is why process simulation is crucial to developing a sound and safe process and even to optimizing the process without wasting large amounts of money spent on trials. 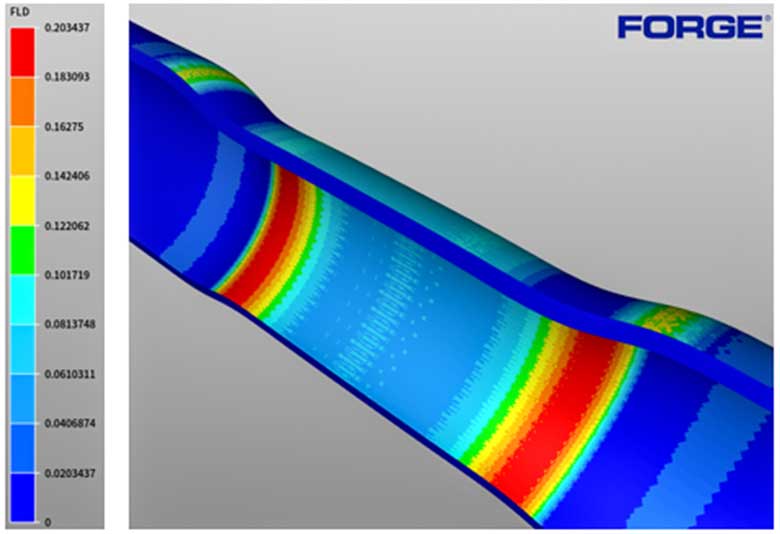 Figure 1.  Distribution of the forming-limit criteria on a tube compression test

Phenomena Behind the Electrification of Forming Processes

The MPF concept is that the initial shape (sheets, tubes or billets) is placed near a coil that will impart a magnetic field to the workpiece. This is based on the Lorentz force developed within a workpiece made of conductive material. The capacitors from the circuit release a current pulse, inducing a mag-netic field within the part. Any change in the magnetic field induces an eddy current traveling opposite to the primary current.

A debate is still ongoing on the exact mechanisms responsible for material-flow enhancement due to MPF. It is argued that at high strain rates the internal available energy enables a viscous, almost flu-id-like flow. It is also argued that shockwaves traveling within the bulk of the material allow for a very efficient release of elastic deformation and residual stresses.[1]

For MPF, it is also necessary to consider the presence of large magnetic fields. For instance, Li et. al.[2] recently showed the influence of high-pulsed magnetic fields at low strain rates on an Al7055 alloy. In this work, it is shown that from 0 to 3 Tesla, the forming limit increases by up to 20% and the residual stresses decrease by a factor of 10. In a typical MPF process, the magnetic field can reach values beyond 10 Tesla that, even for a short period of time, can activate the motion of dislocations affecting the mechanical behavior of the material during forming as well as the properties of the part in application.

The EAF process is “simpler” since the current is directly applied to the part through electrodes. The goals, however, remain the same – ease the material flow and increase formability.

Due to the complex multi-physical interactions during these processes, it is not obvious how to properly quantify the influence of each physical phenomenon. As experimental research continues to bring more information about the behavior of several kinds of materials, it is also necessary to improve our existing mathematical and numerical models. Simulation is the tool for interpreting the underlying phenomena, and it helps in the decision-making process for optimizing parameters such as energy consumption and material usage.

For many years, our simulation platform has used its Electro-Magnetic solver to simulate induction heating processes. The strong coupling of Maxwell’s definitive equations on electromagnetism and other thermomechanical equations is already proven through research papers and hundreds of customers using FORGE software for these applications. The material being worked is critical, however, as is the scale at which we want to represent the phenomena.

At the macro scale, we can use either phenomenological behavior laws or homogenization approaches to describe the material behavior with sufficient accuracy and within reasonable computational time. From a phenomenological approach, it is common to use rheological behavior models adapted to high strain rates, such as the Johnson-Cook model. The disadvantage of this approach is the need for large experimental campaigns to fit the model parameters. The advantage, however, is that once fitted they enable accurate results within the range of loading conditions at which they were obtained.

When no experimental data are available for a certain material, nor possible to obtain, we use simulation software such as JMatPro® or Thermo-Calc®. In our software framework, all material parameters (e.g., density, heat capacity, thermal conductivity, electrical resistivity, Young modulus, etc.) are de-fined as thermo-dependent. And within the electromagnetic module, we also include magnetic permeability as a function of the magnetic field and temperature, which are given by the software based on the chemical composition of the material.

In applications using thin materials like metal sheets or thin tubes, it is common practice to characterize formability using forming-limit diagrams (FLD). We have implemented these FLDs in our software, which provides the values to compare with the forming-limit curve. This gives a value between 0 and 1 if the elements are within a “safe” region or over 1 if the elements go over the limit. 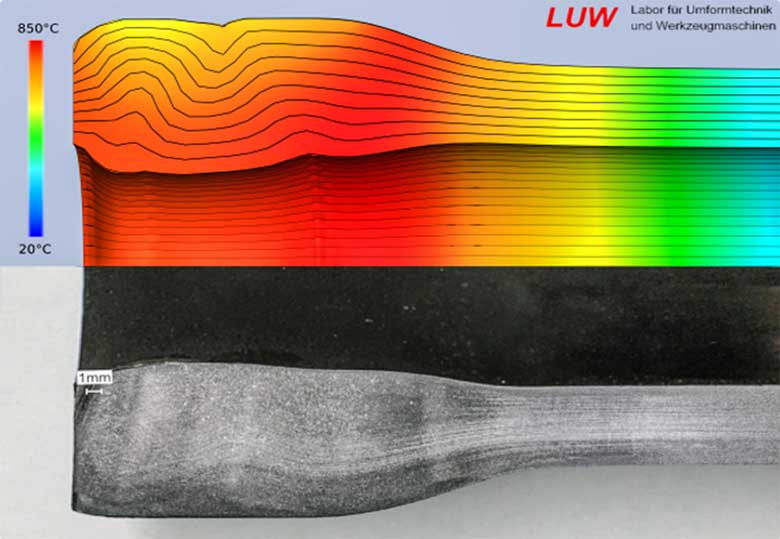 Figure 3.  Simulation vs. experimental test showing the grain flow in the forged part

EAF is an old manufacturing process that is re-emerging and spreading as an efficient and highly flexible alternative to conventional forging operations. The multi-physical capabilities of the software plat-form allow the design and optimization of the process in a fast and reliable manner, making it attractive to industry. This new approach helps avoid the costly trial-and-error approach used in the past, which relied heavily on operators’ skills.

In collaboration with Transvalor S.A., the Laboratory for Forming Technologies and Machine Tools at Osnabrück University in Germany has contributed to the development and testing of the electroforming model for the forming of a tubular component made of boron-alloyed steel. The experimental tests, shown in Figure 2, were performed in collaboration with IFUTEC GmbH, user and owner of electro-forging presses.

The assembly consists of a ram that pushes the tube, an anvil that moves away, a static die electrically isolated from the rest of the tooling and a clamp. A defined current flow is forced from the clamp toward the anvil holder, where the zero potential condition is set. The material data for the tooling and the billet, including electric properties for a wide range of temperatures, was generated with simulation software JMatPro. 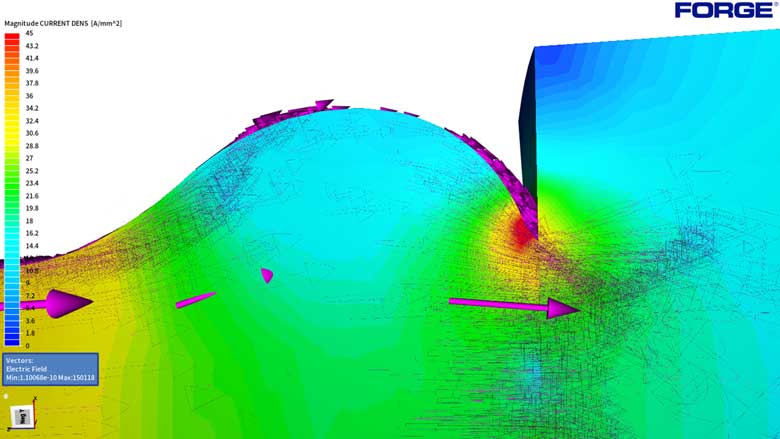 Figure 4.  Flow magnitude and direction of the electric current in the electro-forged part

The study yielded the following findings.

This article explored electrically driven forming processes and explained the concepts used in Magnetic Pulse Forming (MPF) and Electrically Assisted Forming (EAF). The simulation software FORGE from Transvalor is fully equipped to simulate these processes, and industries exploring these processes can rely on simulation to develop and optimize their processes.

Author Nicolas Poulain is Director of Sales and Technology for Transvalor Americas, Chicago, Ill. He can be reached at 312-219-6029, ext. 1001 or at nicolas.poulain@transvaloramericas.com. For additional information, visit www.transvalorusa.com.

All graphics provided by the author, except where noted.

Nicolas Poulain is Director of Sales and Technology for Transvalor Americas, Chicago, Ill. He can be reached at 312-219-6029, ext. 1001 or at nicolas.poulain@transvaloramericas.com.