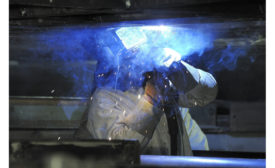 It is a well-known fact that too many recordable safety incidents will result in the good people from OSHA showing up to hang around and ask a lot of questions. Nobody wants to get hurt on the job. Everyone at the facility has some other place to be once their shift is over, and many employees have family waiting for them. With that being said, why would people continue to operate poorly maintained manufacturing equipment and material-handling machinery? 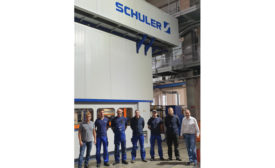 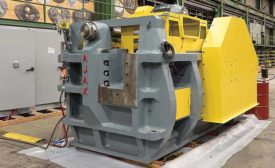 Today’s rapidly changing economic climate has affected the forging community unequally, depending on which economic sectors companies serve. A post-crisis rebound strategy may help you decide how to cope with a reopening economy. Here are some matters to consider, in Q&A format, as your operation moves into the next economic phase.
No Comments

The COVID-19 pandemic has changed the forging landscape –seemingly overnight. With many in the industry initially expecting the impact to last a matter of weeks, most forgers are now preparing for a much longer recovery period that will likely last into early 2021. 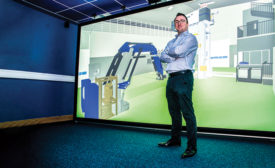 The FutureForge program and model at the University of Strathclyde’s Advanced Forming Research Centre (AFRC) encompasses collaboration across academia, research and technology institutes and industrial organization. This second of three articles discusses the future of forging as a part of the cyclical economy in which, ideally, nothing goes to waste.
Michael Ward
No Comments

In the manufacturing world, many people use technology readiness as a means of describing the journey within the valley of death, the gap between proof of concept and first use in the operational environment. 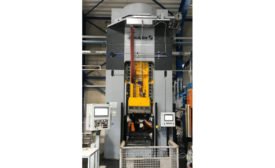 Germany’s Kaiser Aluminium-Umformtechnik GmbH, a manufacturer of forged-aluminum components for small- and medium-sized products, successfully started up its first Schuler servo screw press. The system will be primarily used to produce complex chassis components for the automotive industry. The investment further expands Kaiser Aluminium-Umformtechnik’s market position as a competent partner for forged parts and components in the aluminum sector. 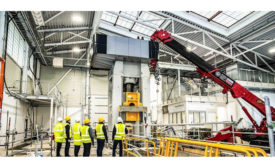 France’s Transvalor, a manufacturing process-modeling software developer, joined the University of Strathclyde’s (Scotland) Advanced Forming Research Centre (AFRC) as a tier-one partner. The first partner to join the AFRC in support of its soon-to-be-opened FutureForge facility, Transvalor will provide process simulation expertise and deep insight into material behavior resulting from manufacturing processes. The FutureForge facility will help manufacturing companies of all sizes become more competitive by exploring less energy-intensive methods of forging. It will also use digital technologies to accelerate the development of forged products. 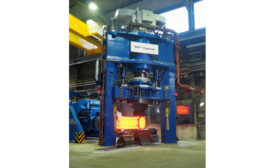 SMS group put a 31.5/34-MN open-die forging press into operation at Gustav Grimm Edelstahlwerk (GGE), a forge based in Remscheid, Germany. GGE specializes in the manufacture of high-alloy forgings. Because of the built-in hydraulic and control systems, GGE’s new high-speed forging press achieves time savings of about 10% compared to the old press. For the first time, SMS group has installed an additively manufactured machine component in an open-die forging press. The 3D-printed hydraulic manifold block is lighter, more compact and has a flow-optimized design. Designed by SMS group and made of an aluminum alloy, it weighs just one-tenth of the conventional steel component. The manifold block is used to distribute hydraulic oil for operating and venting the cylinders.

According to a report, Spain’s Alcorta Forging Group will open its first U.S. manufacturing operations and regional headquarters in Marysville, Ohio. The 100-year-old company, which develops and manufactures automotive components, will invest $15 million and create 50 new jobs. The 150,000-square-foot forging and manufacturing facility will be completed in three phases and include state-of-the-art machinery and equipment. Under the current uncertain circumstances, Alcorta will move forward with its pre-construction activities while remaining on hold for the construction launch. 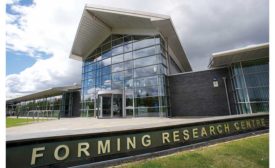 For millennia, a sword was a warrior’s weapon of choice. Forged by a blacksmith heating metal or a combination of metals and working it into shape, the best swords for winning battles were not the sharpest or the longest, they were the strongest, most hard-wearing ones. 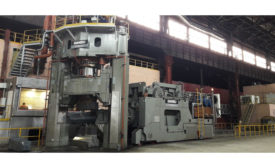 Check out the August 2020 issue of FORGE, featuring our story on Metal Additive Manufacturing without Melting, "FutureForge in Scotland", and much more.