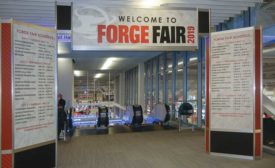 For the third consecutive time, Cleveland played host to the biennial Forge Fair, which was held on the shores of Lake Erie May 21-23, 2019. Nearly 2,000 attendees and 169 exhibitors made Forge Fair 2019 the largest ever. 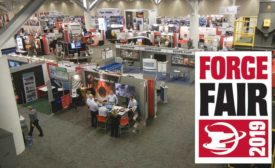 FIA will hold its biennial Forge Fair May 21-23 at Cleveland’s Huntington Convention Center. This article, geared to the less experienced tradeshow attendee, will give you tips on how to make the most of your time on the exhibit floor and in the technical sessions.
Dean M. Peters Jon D. Tirpak
No Comments

Surprise! Today your boss instructed you to attend Forge Fair 2019 this coming May in Cleveland, Ohio! 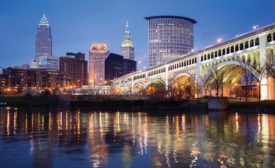 For the third consecutive time, Cleveland will host Forge Fair on May 21-23. The event will feature a full exposition with more than 150 exhibitors, 60 technical papers and important keynote speakers.
Dean M. Peters
No Comments

The forging industry will meet in Cleveland for the third consecutive time at Forge Fair 2019. The new Huntington Convention Center will host the biennial event May 21-23, 2019. 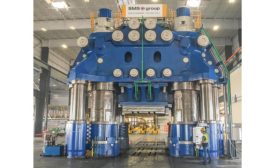 In 2012, OTTO FUCHS of Germany considered its future growth strategies and decided to invest in a huge new press to supply large titanium and aluminum forgings primarily to the aerospace sector.
Dean M. Peters
No Comments 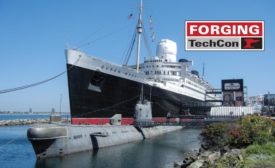 A group of forging professionals recently gathered in Long Beach, Calif., to attend the Forging Industry Educational and Research Foundation’s (FIERF) 32nd Technical Conference. Attendees were treated to a great plant tour, two days of technology, and a chance to greet old friends and network with new ones.
Dean M. Peters
No Comments

Long Beach, Calif., is perhaps best known as the retirement home of the legendary cruise ship Queen Mary, which is permanently moored there and is currently an operating hotel and museum. But on Sept. 11-12, Long Beach hosted some of the forging industry’s best and brightest technical people, industry professionals, suppliers and educators at what was FIERF’s 32nd Technical Conference.

A Influência do Financiamento do FIERF