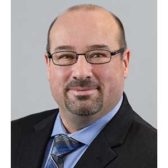 It wasn’t too long ago that hybrid electric vehicles were a novelty on North American roads. Now they are common.

Dean M. Peters
No Comments
On March 1, the U.S. and global business communities, their financial markets, the U.S. Congress and many in the Trump Cabinet and White House were surprised to learn that the President was considering the imposition of tariffs on imported steel and aluminum.
Read More