Made in the USA

Yesterday I bought a simple, gas-powered Craftsman lawnmower with a Briggs & Stratton engine. It wasn’t very fancy, it wasn’t self-propelled and it didn’t have a lot of “bells and whistles.” It did, however, happen to be exactly what I wanted – a basic workhorse lawnmower to cut grass at my daughter’s rental property.

There was something else that prompted me to buy this particular model. “Proudly Made in the USA with Global Materials” was printed on the box, and this did the trick for me. Even though the lawnmower wasn’t 100% American-made, I still felt great about buying this product and helping our domestic economy in so doing. The exhilaration I felt in buying American, even partially, made me decide to continue on the “Buy American” theme started in my April column.

“Buy American” was formalized long ago when Congress passed the Buy American Act in 1933, and President Herbert Hoover signed it into law on his last full day in office on March 3, 1933. The law required the U.S. government to prefer U.S.-made products in its purchases, with some exemptions un-der special circumstances.

This worked out well for a few decades, but slowly – and almost imperceptibly at first – America’s manufacturing base started leaving in favor of cheaper labor and other incentives overseas. Then, in the early 1970s, OSHA and the EPA were established. These were important agencies, but they made manufacturing in the U.S. more burdensome and less globally competitive, and businesses continued to move their manufacturing operations elsewhere. 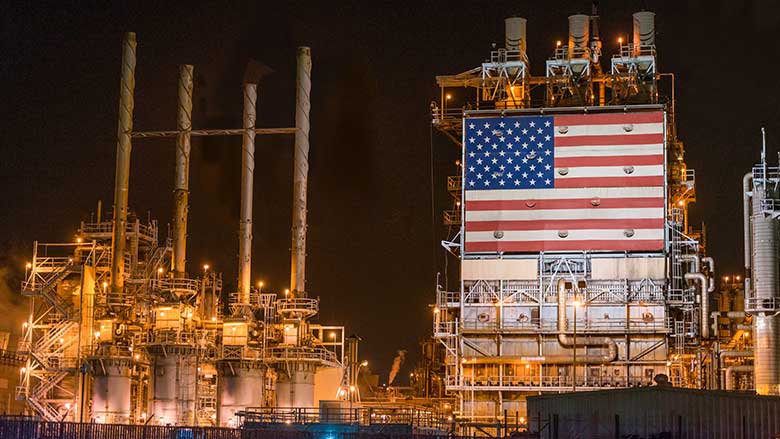 The Buy American Act should not be confused with the Buy America Act, which was a section of the Surface Transportation Assistance Act of 1982 (STAA). The Buy America Act applies only to pur-chases related to rail or road transportation, such as the construction of highways, railways or rap-id-transit systems. It can also apply to purchases made by third-party agencies using funds granted by agencies within the U.S. Department of Transportation. STAA says that transportation infrastructure projects must purchase iron, steel and manufactured products in the United States.

It took the COVID-19 pandemic to alert the American people to the fact that manufacturing capacity (and the lack thereof) was directly linked to our health and national security in many subtle ways. Since then, there has been something of a reawakening to the benefits of domestic manufacturing and of the economic advantages it brings to the economy and the workforce.

In March 2022, U.S. Secretary of Commerce Gina Raimondo delivered a lecture at Brown University in Rhode Island. “We can’t have vibrant, long-term economic growth without a vibrant manufacturing sector. And the more we rely on other countries to make things for us, the more vulnerable we be-come to supply-chain disruptions like we have seen over the past two years,” she said.

Raimondo also cited the loss of 9 million manufacturing jobs in the last 30 years and that we have lost 25% of our small- and medium-sized manufacturing in the last 25 years. “This decline has had real and painful effects for families, businesses, supply chains and our national security. America has been great at inventing breakthrough ideas, but when it comes to manufacturing them here, we fall short,” she said.

Frankly, during my decades in business media, I have been surprised that our nation’s political and business leaders have not been more vocal about bringing manufacturing jobs back into this country and about buying products manufactured on American soil. The jobs that Raimondo says we’ve lost during the last three decades weren’t replaced by equivalent good jobs with benefits. It is something of an American tragedy that we have let our manufacturing base slip away, but now there are signs that it is willing to return.

I believe that the repatriation of manufacturing jobs and the attraction of new ones is an important strategy in the long-term stability of our republic and growth to the economy that supports it. At a time when our domestic politics are in tatters through hyper-partisanship, maybe a thriving and expanding manufacturing sector is a common objective that will bring us closer to the political unity that the majority of Americans seek.