A reliable estimate of the required force and work is an essential factor in the calculation and pricing of hot-forged products. Forging companies often have several production-line options of different capacities capable of manufacturing a forging with a given geometry. The larger the system, the higher its energy consumption and the associated costs. For this reason, the goal is to assign the forging to the forge’s optimal forming system during the preparatory phase of price calculation and process planning.

If the value for the necessary forming force can be covered by two forming systems, the decision be-comes more difficult, and an attempt is made to assign the process to the more cost-effective production line. It becomes worse if the forging can only be produced on the largest production line available, and the calculations of the required forming force show that it is in the upper limit range of performance.

The required forming force, which is important for process design and cost determination, is usually determined by means of finite-element simulation. The finite-element method (FEM) simulation is considered a very precise tool, especially when complex forging geometries are involved. The calculation of the forming force is based on the following information: temperature, strain, strain rate, friction coefficient, contact area between tool and workpiece and states of stress occurring during deformation.

These complex parameter relationships can be reproduced by means of FEM. Input data such as the flow stress of the chosen material is the most frequent source of error in the force calculation. Such material data is usually obtained by means of compression, torsion or tensile testing from which the flow stress is calculated. It is important to note that the flow stress has a functional dependence on the strain, the strain rate and the forming temperature. The testing results are provided in the form of flow curves for temperatures, forming speed and strain-rate characteristics for the given hot-forging method. These flow curves are then input into the FEM program either in a tabular form or as parameterized functions. Such an experimentally obtained family of flow curves with a variation in the temperature and the strain rate is shown in Figure 1. 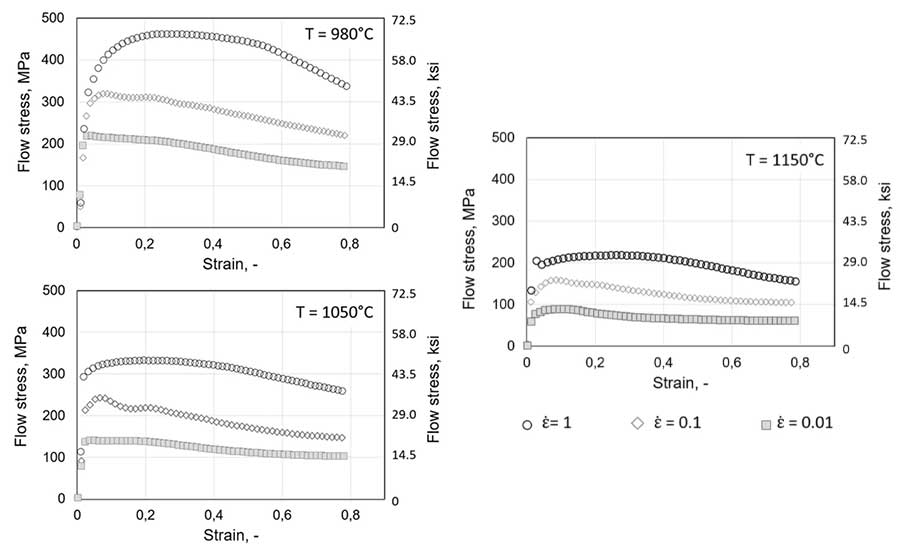 Figure 1.  The flow-stress dependence on the temperature and the strain rate as measured for AISI Alloy 625.

What are the problems or reasons that lead to inaccuracy and, in many cases, unreliability of the force calculation? Modern FEM simulation programs have a standard material database in which the flow curve is stored together with some thermal-physical parameters. This can be done in a tabular or analytical form. Both are convenient for the user, but the values in the standard material database are mostly taken from literature and there is often a lack of crucial information, such as the initial state of the material and the testing process.

Since we are talking about hot forming and the workpiece is heated to forming temperatures in the range of 1100-1250°C prior to forming, thermal pre-treatment or solidification states do not play an essential role. The decisive factor for the course and level of the flow curve, however, is whether the stock material has cast structures. For example, is it a continuously cast material or a preformed material? 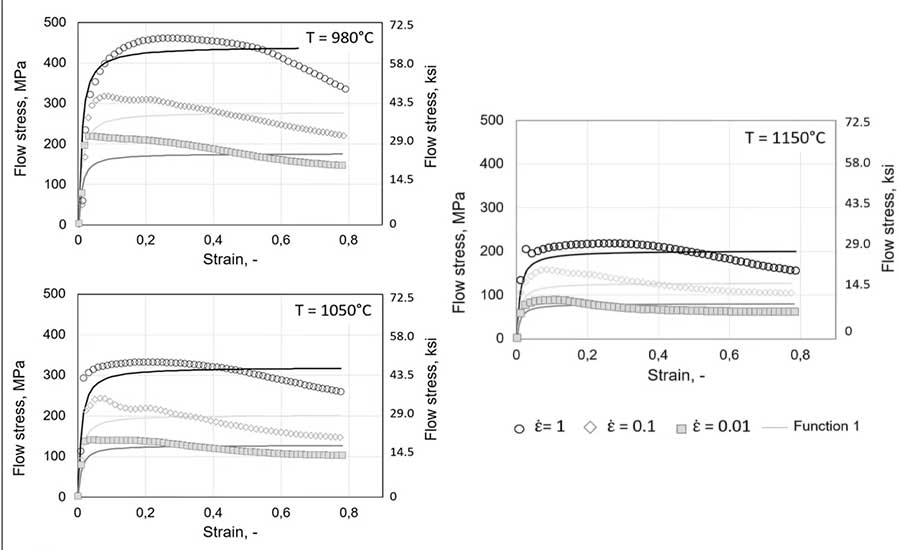 Values of flow stress can differ by 30-40%, especially in the first forming steps. Another required piece of information is the testing procedure for the flow curves. Is it compression, torsion or tensile testing? The fundamentally different state of stress is subtracted from the values of the flow curve, but tension, compression and torsion all lead to different dynamic softening processes and effects. During torsion testing, dynamic softening occurs earlier, which can lead to a falsification of the flow stress maximum. Finally, the way the flow curves are archived in the database is also meaningful. If the values are pre-sent in tabular form, it is likely that it is real experimental data.

Care should be taken that the planned forging temperature and speed range are not too large. In any case, it needs to be ensured that the used flow curve shows a dependence on the strain rate. If this is not the case, significant errors are to be expected. This can be seen clearly from the flow curves shown in Figure 1 for different strain rates.

Having the flow curve in the form of an equation has the advantage that interpolation between points is no longer necessary. Instead, a continuous image is created in the parameter area, which can be accessed by the FEM algorithm. The latter, however, depends on how well the used analytical function maps the flow curves, which database is used and how well the desired parameter range is covered.

In the case of a single step, continuous process of relatively low local strain, good results can be expected regarding the calculation of the required forming forces. An example of such a relatively simple approach is shown in Figure 2. The analytical flow-curve equations used in this article are shown in Figure 5.

In general, forging processes are characterized by large local strains, discontinuities and forming down to low temperatures. Logarithmic strains of φ ≥0.6 are often obtained locally. Under these conditions, dynamic processes in steels can occur. These may lead to a partially recrystallized structure in the ongoing forming step, resulting in a drop of the forming force. This can lead to a reduction of the maximum flow stress in the range of 5-8%, which enables the forming process to be carried out with less pressing force. Modern flow-curve approaches can map this phenomenon and should be considered (Fig. 3). 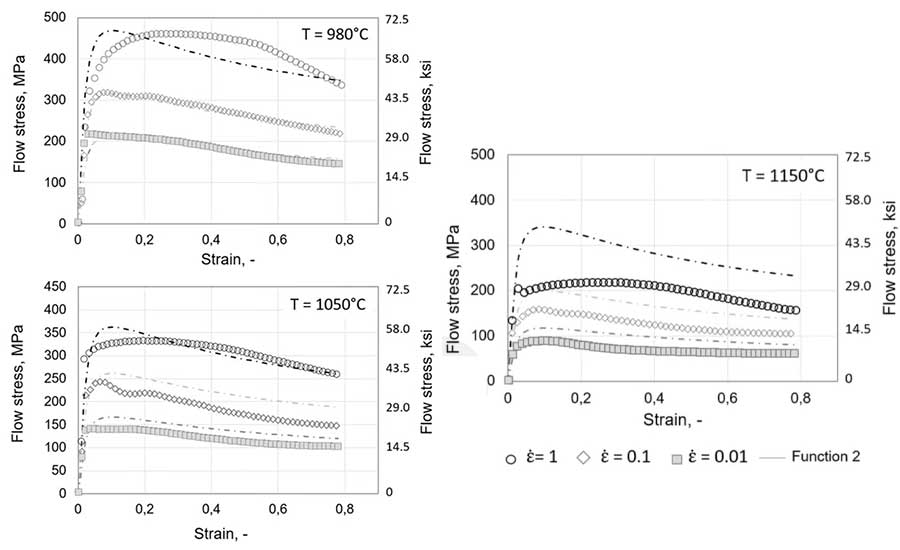 Figure 3.  The measured curves for AISI Alloy 625 were fitted by using Equation 2 (Function 2) as shown in Figure 5.

In the case of interrupted forming processes without intermediate heating, such as strokes of a forging press or blows of a hammer with a time interval between strokes, a static partial recrystallization and associated softening can occur. This depends on the time interval and the temperature of the material to be formed. Experienced plant operators often make use of this effect by waiting a period between the two strokes that is reasonable from their experience. Basically, this effect is mapped in the simulation with the help of microstructure models.

Using integrated semi-empirical models, the current structural condition is calculated, and its influence on the behavior of the flow curve is determined. Due to the high costs, however, the use of such models exclusively for calculating the force and work requirement is not economical. The latter becomes useful if the microstructure, grain sizes und mechanical properties need to be determined as a result of the forging process.

There is a simple and inexpensive way to take the softening effects into account in the flow curve. In this way, the plant operator’s observations on the influence of the forming process combined with the temperature of the forging, the pause time and occurring strain can be recorded for several time steps. This information is then considered in an additional calculation term for the flow-curve function, and it describes the effect with good results. The GMT Company has, with satisfactory results, carried out such a flow-curve adaptation with several industrial partners. Even with hammers for 20 or more blows, the number of blows required to fill the die was achieved by incorporating this time-dependent effect.

Changes in a Material’s Yield Point

The longer a forming process lasts, the more the material to be formed cools down. This increases the influence on the yield point at elevated temperatures and, thus, the moment at which plastic flow be-gins. Unfortunately, the yield point at elevated temperatures is not considered in most analytical flow curves. In general, the stress calculated from the function is usually 0 MPa at strain values of  = 0. Therefore, there is often a fixed starting value for the flow stress up to a defined minimum strain level. This leads to inaccuracies, especially at small strain values. 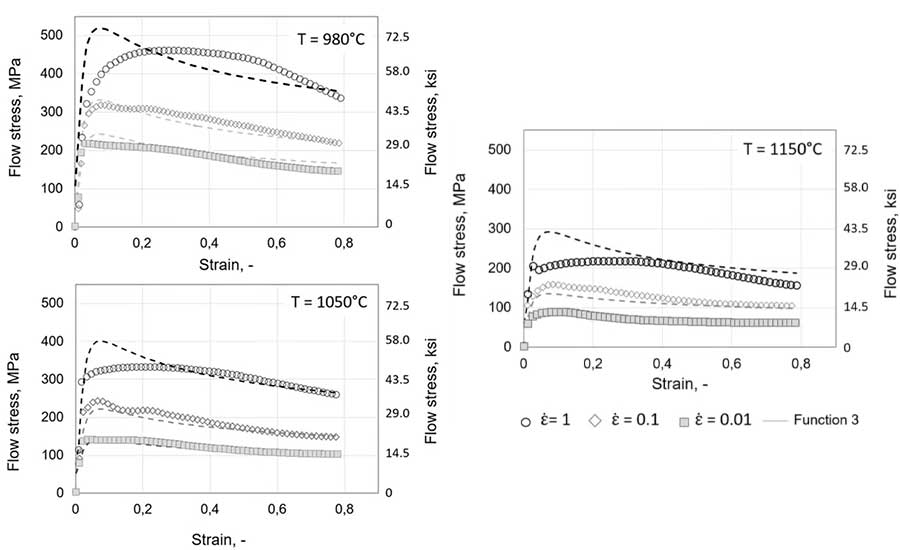 Figure 4.  The measured curves for AISI Alloy 625 were fitted by using Equation 3 (Function 3) as shown in Figure 5. The yield point was taken into account.

This approach has already proven itself in practice for many materials used in heavy plate mills. It is important to obtain reliable and precise information on the expected rolling forces, especially in the calibration phase with very low pass reductions and at low temperatures, because the final roll gap is set based on this prediction. In this context, knowledge of the material behavior at low temperatures and small strain values is reasonable when calculating precision die forging or ring-rolling processes.

To ensure a reliable calculation of the force and work requirement when working with flow curves, the following essential factors must be considered.