The carbonitriding of fasteners is of critical importance to their functionality and one of the most common case-hardening heat treatments. Studying how the process works in this application will shed a great deal of light on all carbonitriding processes.

Gas carbonitriding is a modified form of the carburizing process and is not a form of nitriding. In this process, both carbon (C) and nitrogen (N) are introduced into the surface of the steel by introducing ammonia (NH₃) and a hydrocarbon enriching gas into the furnace atmosphere in order to add nitrogen to the carburized case as it is being produced (Fig. 1). 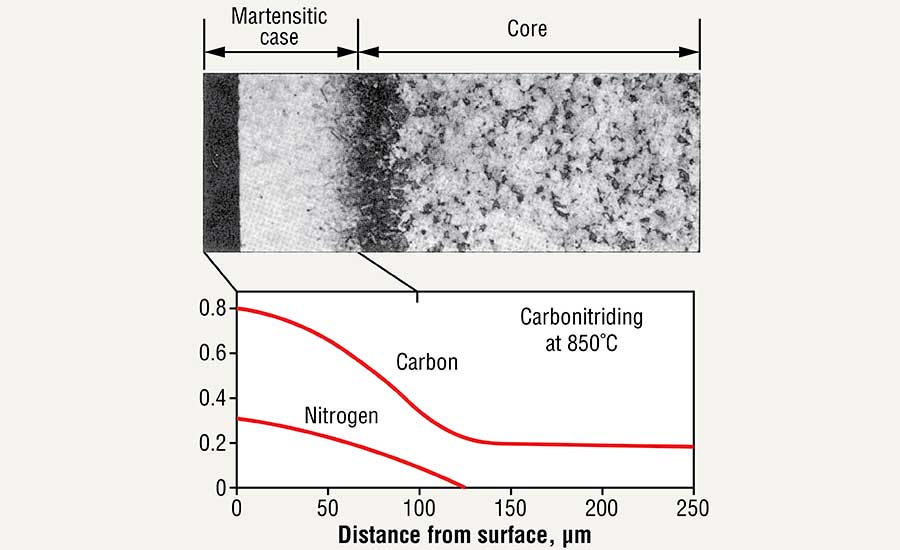 Figure 1.  Surface layers produced by carbonitriding of steel at 850°C (1560°F), where carbon predominates in the formation of a martensitic layer¹

Typically, carbonitriding is done at a lower temperature than carburizing – 700-900°C (1300-1650°F) – and for a shorter time. Combine this with the fact that nitrogen inhibits the diffusion of carbon and what generally results is a shallower case than is typical for carburized parts. A carbonitrided case is usually 0.075-0.75 mm (0.003-0.030 inch) deep.

It is important to note that a common contributor to non-uniform case depths is to begin the ammonia addition before the load is stabilized at temperature. This mistake often occurs in batch furnaces that start gas additions as soon as the setpoint recovers or in continuous furnaces where the parts are not up to temperature. It is better to introduce a time delay so that the entire load reaches temperature. Remember, too, that when the ammonia addition ends, desorption of nitrogen begins.

The temperature range for carbonitriding is not arbitrary. The thermal decomposition of ammonia is too rapid at higher austenitizing temperatures, which limits nitrogen availability. A brittle structure is formed at lower temperatures. Operating furnaces below 760°C (1400°F) can also pose a safety concern.

The nitrogen in carbonitrided steel enhances hardenability and makes it possible to form martensite in plain-carbon and low-alloy steels that initially have low hardenability. Examples include SAE 1018, 12L14 and 1117 that can be transformed in the case to martensite due to the lowering of the critical-cooling rate required to transform the steel. The nitrides formed contribute to a high surface hardness.

Nitrogen – like carbon, manganese and nickel – is an austenite stabilizer. So, retained austenite is a concern after quenching. Lowering the ammonia percentage will reduce the amount of retained austenite and should be done if decreases in hardness or wear resistance cannot be tolerated. Another consequence of too-high nitrogen is the formation of voids or porosity. In general, the nitrogen content at the surface should be no greater than 0.40%.

A common carbonitriding variation is to introduce ammonia near the end of the carburizing cycle, typically 15-30 minutes before the load is quenched. Any loss of hardenability that might occur due to internal (or intergranular) oxidation is partially offset by the nitrogen absorption.

The resistance to tempering manifests itself in improved wear resistance. Carbonitrided gears, for example, often exhibit better wear properties than carburized gears. In addition, many shallow-case, thin-section parts made of unalloyed steel, such as die-cutting punches, can be used without tempering. 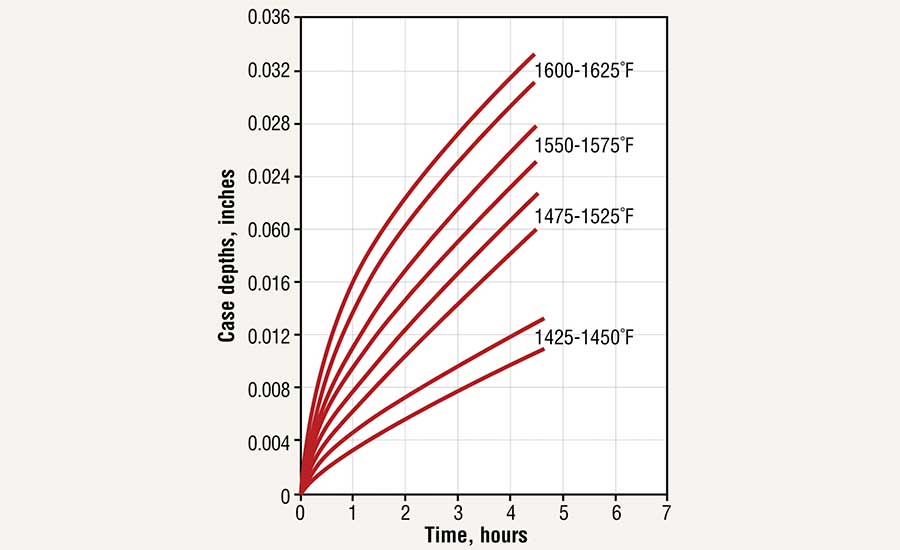 Figure 2.  Case depth plotted against time for various temperatures (data based on information from about 30 plants)²

Case depth is a function of time at temperature (Fig. 2).  The data collected in Figure 2 shows considerable spread and is represented as a bandwidth, which is explained by the original authors¹ as “not at all surprising due to differences in definitions of case depth and methods of measuring it, lack of precise knowledge of the length of time for which a given part is actually at the furnace temperature and the effect of variation of heating-up time.” 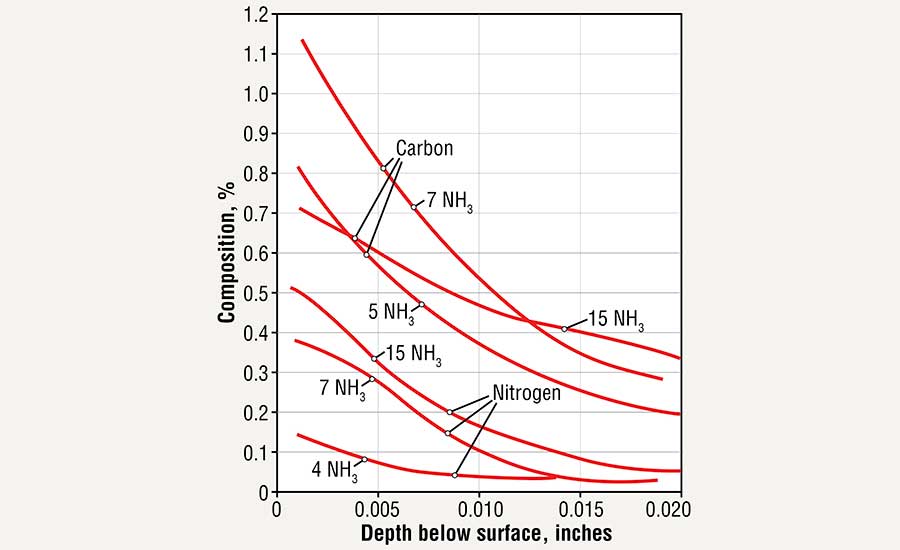 During carbonitriding, nitrogen is added in the form of ammonia since the dissociation, or breakdown, of ammonia will produce atomic (or nascent) nitrogen as opposed to molecular nitrogen. Atomic nitrogen will combine to form molecular nitrogen, but if the dissociation occurs at the surface of the steel, the nascent nitrogen can diffuse into the steel simultaneously with carbon (Fig. 3). 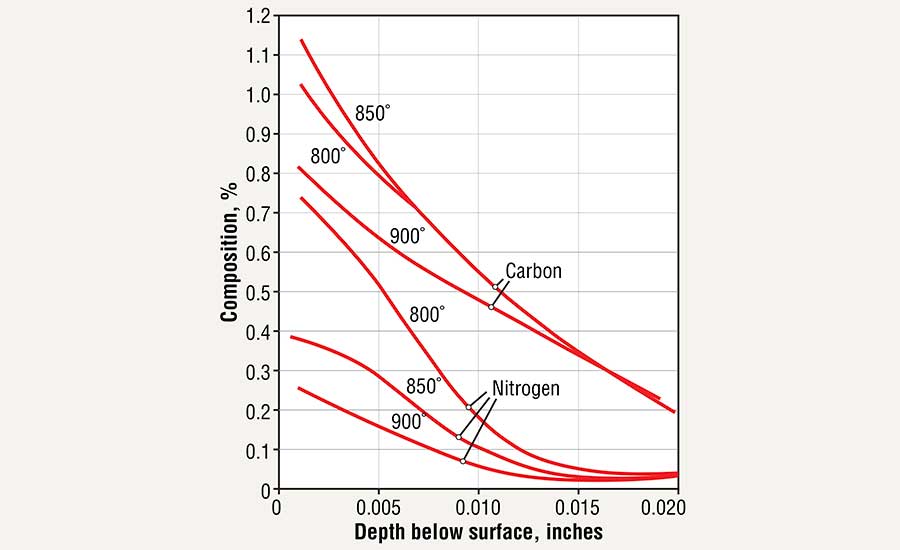 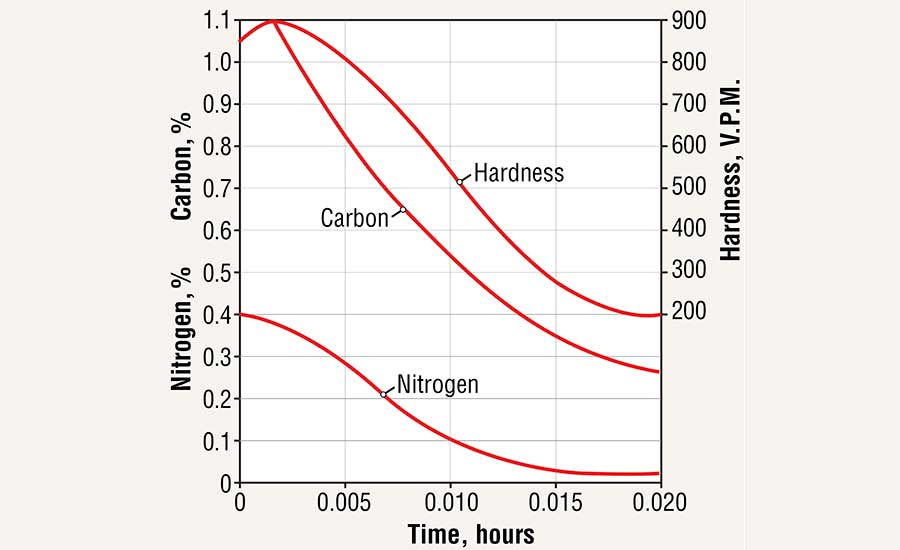 Figure 5.  Hardness, carbon and nitrogen profiles of a typical case³

Since carbonitriding is typically done at lower temperatures and for shorter times than gas carburizing, it produces shallower but harder case depths (Fig. 5); usually no greater than about 0.030 inch maximum. Carbonitrided fasteners are typically mounted (Fig. 6a and etched Fig. 6b) to reveal their case-depth pattern and microstructure. 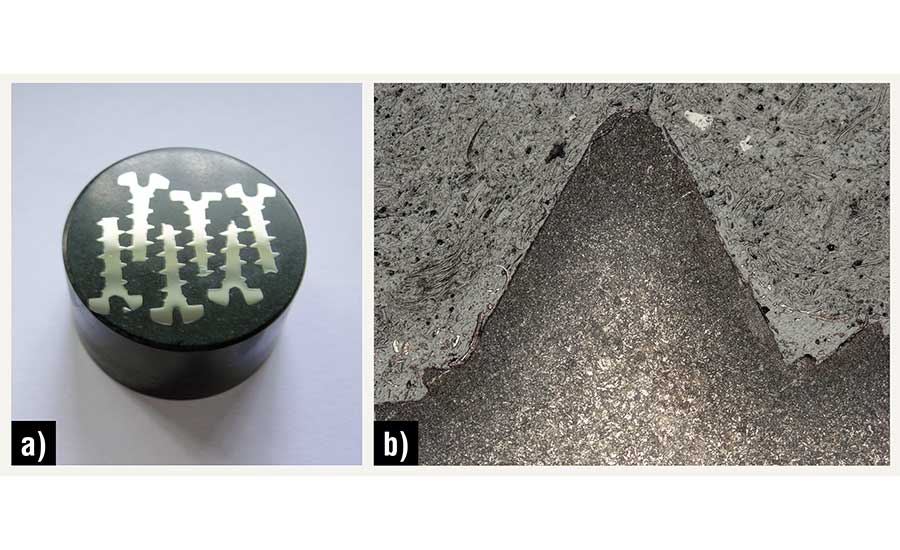 The reasons for shallower case depths in carbonitrided parts include:

Carbonitriding, like carburizing, is used primarily to produce a hard, wear-resistant case. This case has higher hardenability than a carburized case. Consequently, carbonitriding creates a harder case on low-carbon or low-alloy steels.

The specific advantages of carbonitriding for fasteners compared to carburizing include:

Carbonitriding is an excellent choice for low-carbon fasteners and similar materials that require a uniform but shallow case with good wear properties. In general, heat treaters performing these processes have a great deal of experience and the practical know-how to control the time, temperature and furnace atmospheres to achieve the required case depths and properties.