Impact of Shutdown on Forgers

After simmering for months, an increasingly bitter clash that pitted President Obama and Congressional Democrats against Congressional Republicans led to the first partial Government shutdown since 1995 on Oct. 1. When the dust had settled, it appeared nobody won and everybody went home smelling bad.

Forgers were negatively impacted by the shutdown’s effect on defense contracts and the general manufacturing economy, and the prospects for comprehensive tax reform grew even murkier.

This perfect storm grew out of the confluence of several key events: the scheduled Oct. 1 beginning of the sign-up period under The Affordable Care Act (ACA); the end of the government’s 2013 fiscal year on Sept. 30 without an agreement to continue funding for FY 2014; and the approaching U.S. debt limit, which was estimated to be reached on Oct. 17 and would need to be raised in order for the government to issue new debt.

Many Republicans in Congress saw this as an opportunity to accomplish several key goals: defunding, delaying 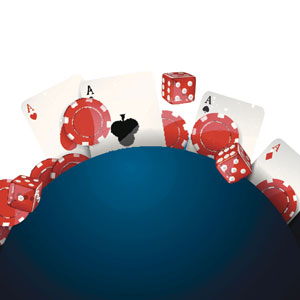 or changing the ACA (the President’s signature health-care law known as Obamacare); and reducing government spending. They reasoned that the President and Democrats would be so interested in continuing basic government programs and raising the debt limit to allow for more borrowing that they would surely compromise on the ACA. Republicans also thought they just might be able to squeeze out some additional spending cuts along the way.

They were wrong on both counts. First, President Obama, with help from Senate Majority Leader Harry Reid, decided to play hardball by refusing to compromise or negotiate on any of the issues. Second, Republicans were unable to agree among themselves on a strategy to avoid a shutdown when it became obvious that they would not succeed in their efforts to defund the ACA or make further reductions in government spending. As a result, when no agreement was reached to continue funding the government by midnight on Sept. 30, a (partial) shutdown began.

Then things got really interesting.

With the U.S. Treasury stating that as of Oct. 17 the government would reach its statutory borrowing limit and be unable to raise funds to pay its obligations, the prospect of a first-ever U.S. government default became a distinct possibility. And despite grumblings from conservatives that the Obama Administration had a great deal of flexibility in managing the payment of U.S. obligations, capital markets began to get extremely nervous.

Meanwhile, polls began to show that most Americans blamed Republicans more than President Obama or Congressional Democrats for the dysfunction, and that view was exacerbated by the public spectacle of Republicans arguing among themselves about who was to blame and how to fix it. That left House Republican Speaker John Boehner in the unenviable position of playing poker with no money and the worst possible cards in his hand. To make matters even worse, his only possible strategy was to bluff, but since everybody else could see his hole cards, they knew he couldn’t win.

So in the end Boehner and the Republicans folded, agreeing to continued funding for the government through Jan. 15, 2014, an increase in the debt ceiling expected to last until about Feb. 7, and no changes or delays in the ACA. The only thing that allowed them to save any face at all was the creation of a bipartisan, bicameral negotiating committee charged with seeking ways to reduce the impact of the automatic spending cuts now in place as part of the “sequester,” or Budget Control Act.

Despite the apparent inability of Congress and the Administration to work together on policies that promote economic growth, FIA and its members continue their outreach to policymakers, educating them about the forging industry and its key role as a building block of U.S. manufacturing.

Laurin M. Baker is Founder and President of The Laurin Baker Group, LLC., in Washington, D.C., and is part of FIA Washington Representatives. He can be contacted by phone at 202-393-8525 or email at lbaker@thelaurinbakergroup.com.